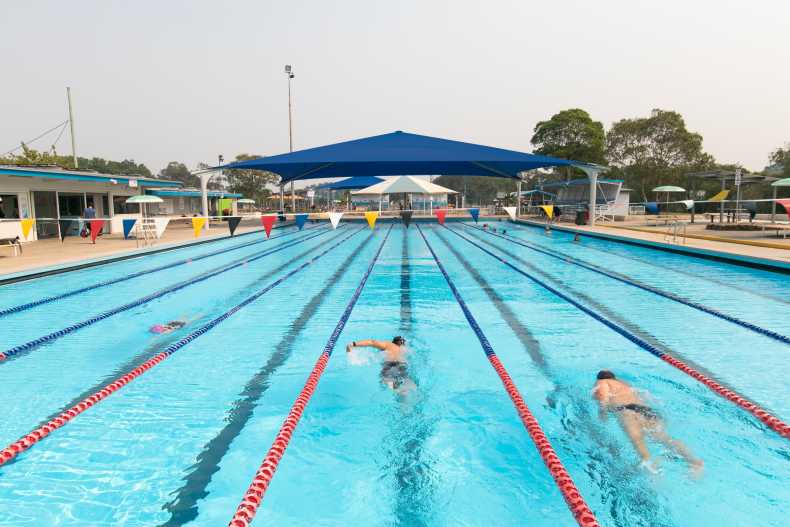 As part of a $684,000 state funding commitment through the Stronger Country Communities Fund, Lake Macquarie City Council has helped co-fund multiple shade structure upgrades across five of its Lake Mac Swim Centres, including a $300,000 redevelopment of the Speers Point Swim Centre.

The upgrade is aimed at improving the amenities for a fast-growing community.

Alfresco Shade were responsible for the end-to-end process of designing, fabricating and installing the massive new shade structures. Due to the location of the project, they mentioned that each area needed “a cover that has to last the distance in a coastal zone”. The large single sail installations also required a monofilament fabric that was able to be tensioned evenly across four corners. 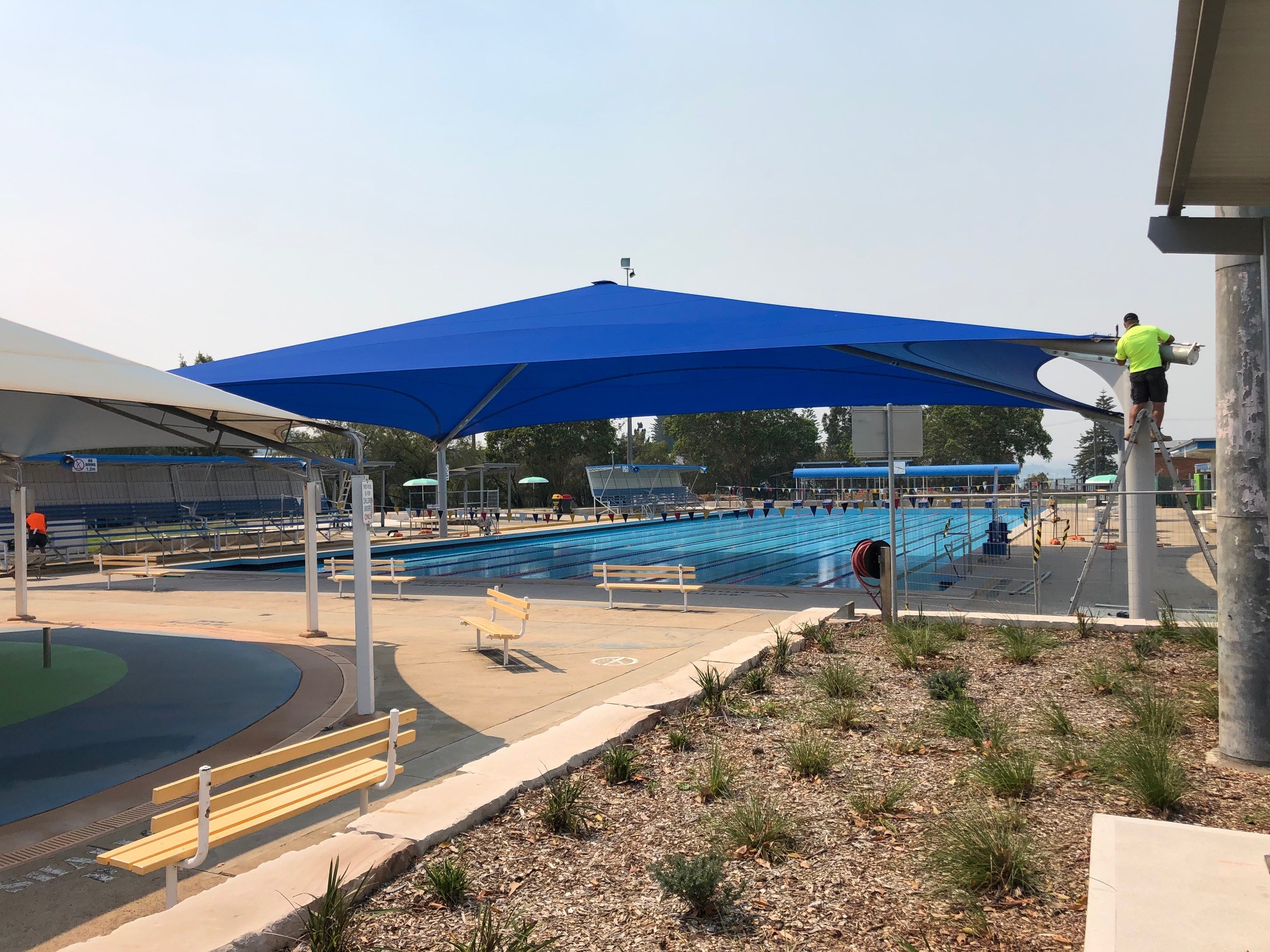 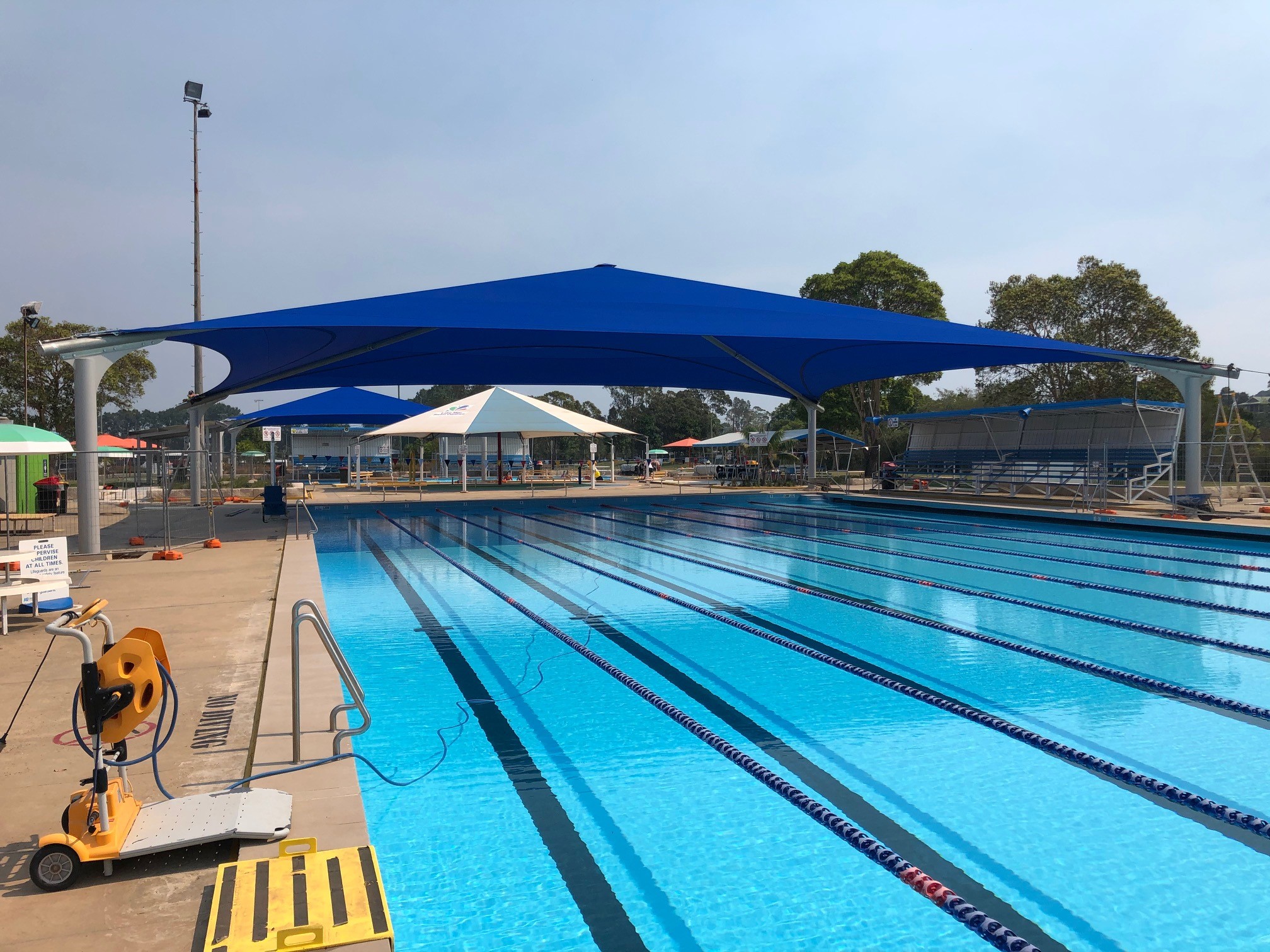 Unlike more traditional shade installations, the pool being the focal point of the project challenged alfresco shade to think creatively about the structures’ design and installation.

The manoeuvrability of boom lifts and risk of heavy machinery cracking the concrete surface within the centre had to be carefully considered.

To combat these challenges, Alfresco Shade developed a unit that was able to be constructed 52m away in a nearby carpark. Then, using a 140-tonne crane to lift each structure into place, the design featured a fully bolted system which enabled the arms to be easily fixed to the columns.
Through consultation with the Gale Pacific team, Alfresco Shade had selected Commercial Heavy 430 architectural shade fabric in Aquatic Blue, which was then rolled down and tensioned accordingly. 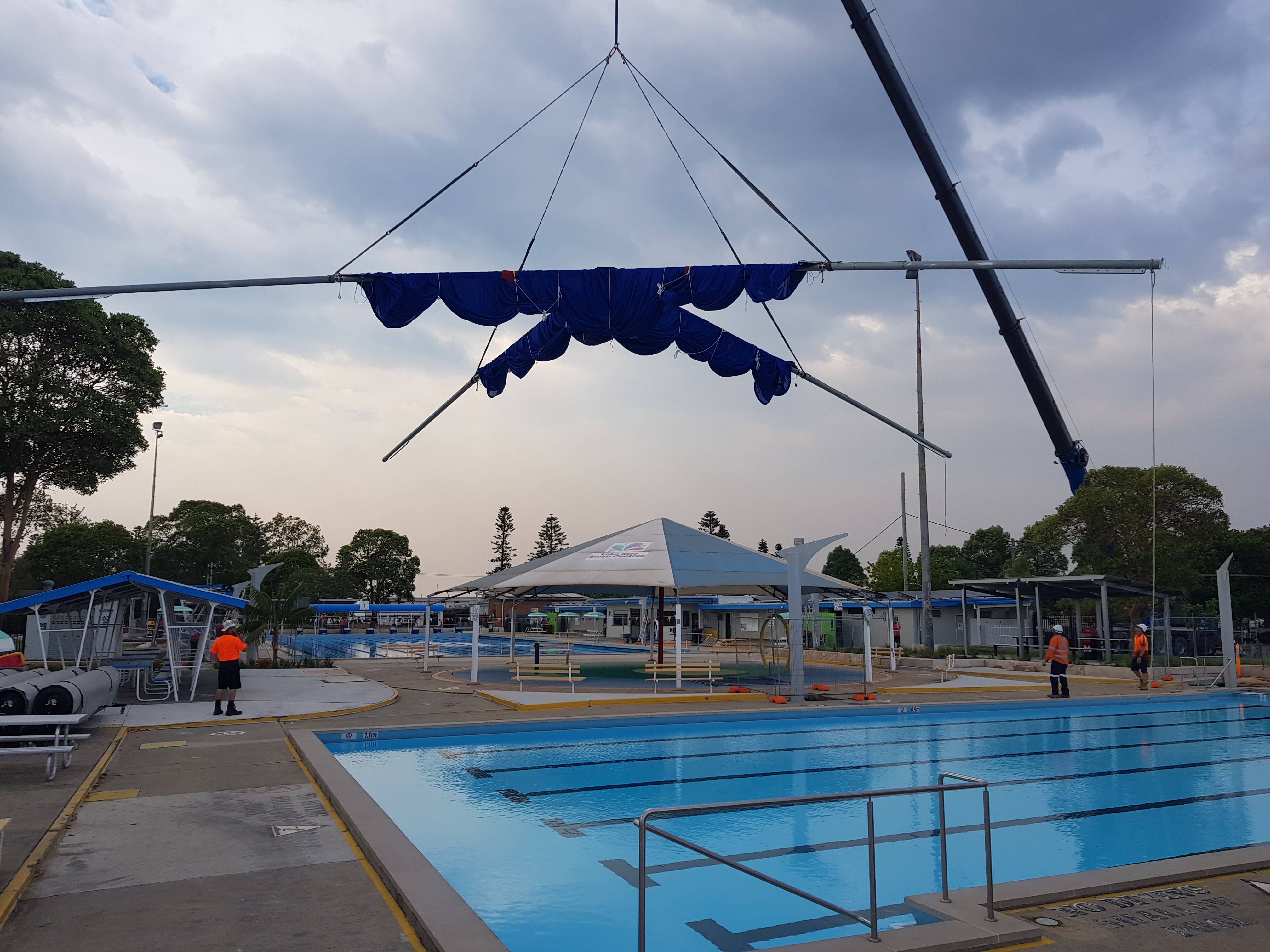 Overall, the outcome for the Spears Point Swim Centre project was extremely successful.

The clever design and installation techniques enabled Alfresco Shade to complete both structures in under 18 hours and the public was able to quickly get back and enjoy the new facilities.

Since its completion, the complex has been recognised by multiple media sources which include commentary from State Member for Lake Macquarie Greg Piper and Lake Macquarie Mayor Cr Kay Fraser. 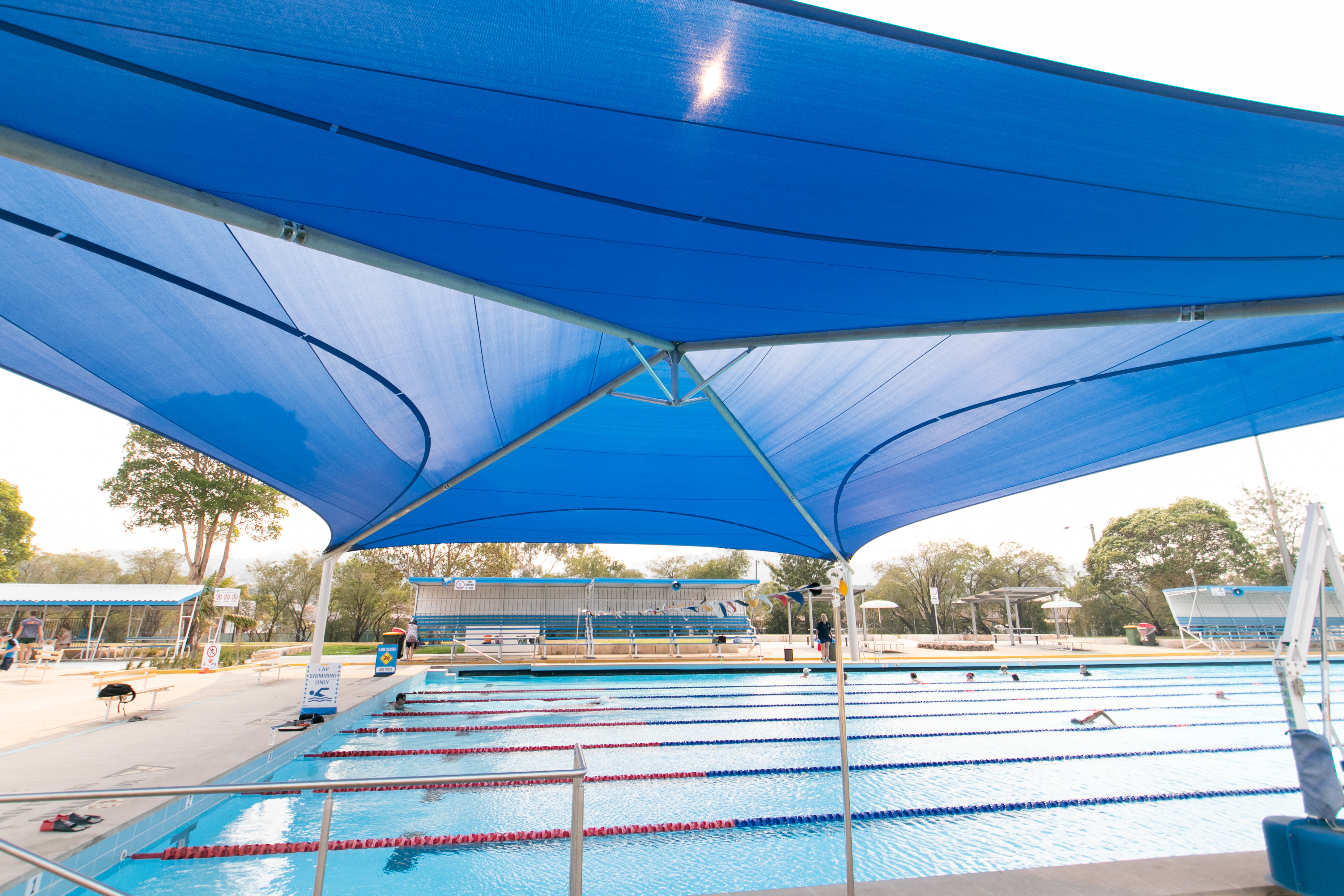 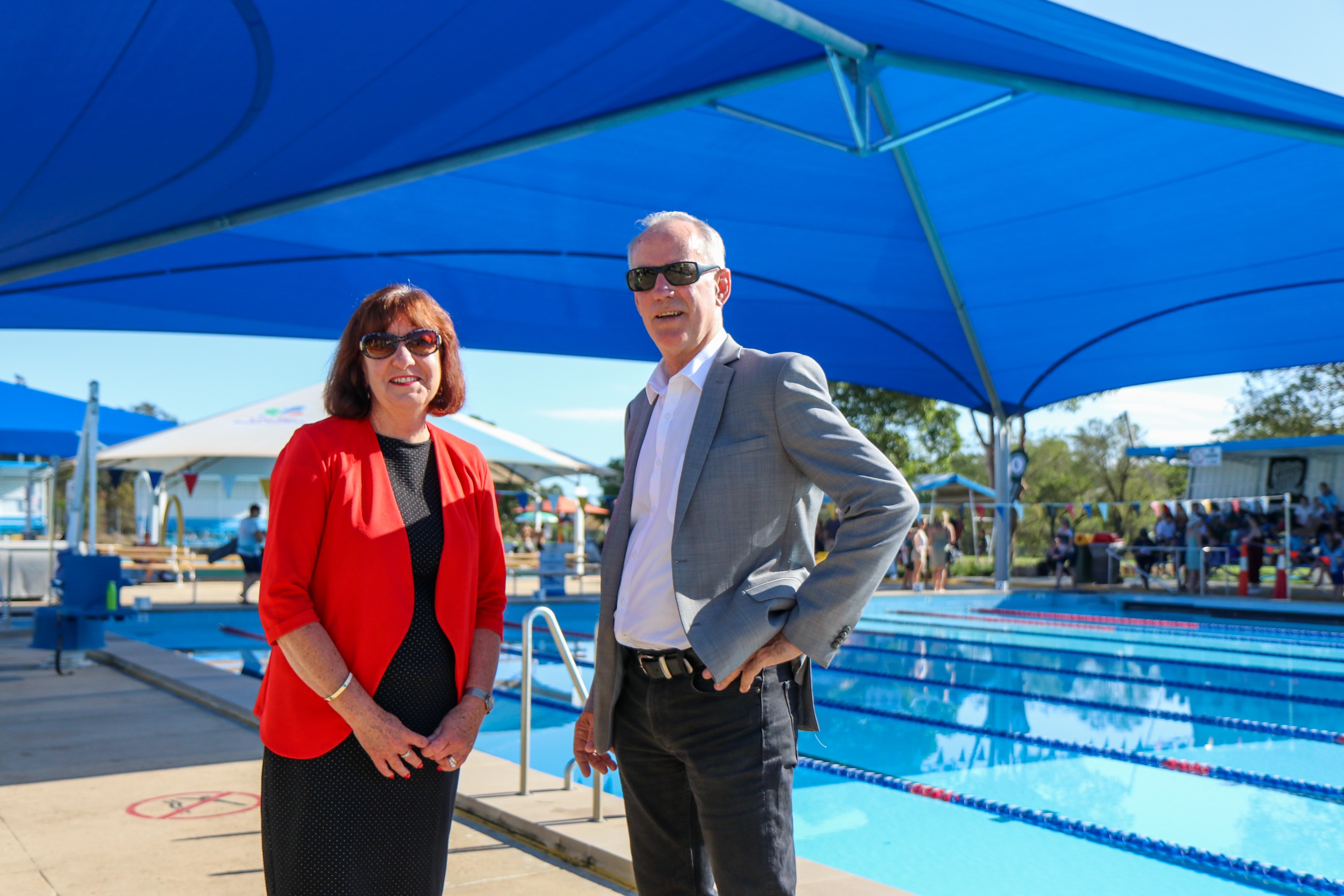 Other feature articles of the Speers Point Swim Centre upgrade can be viewed here: